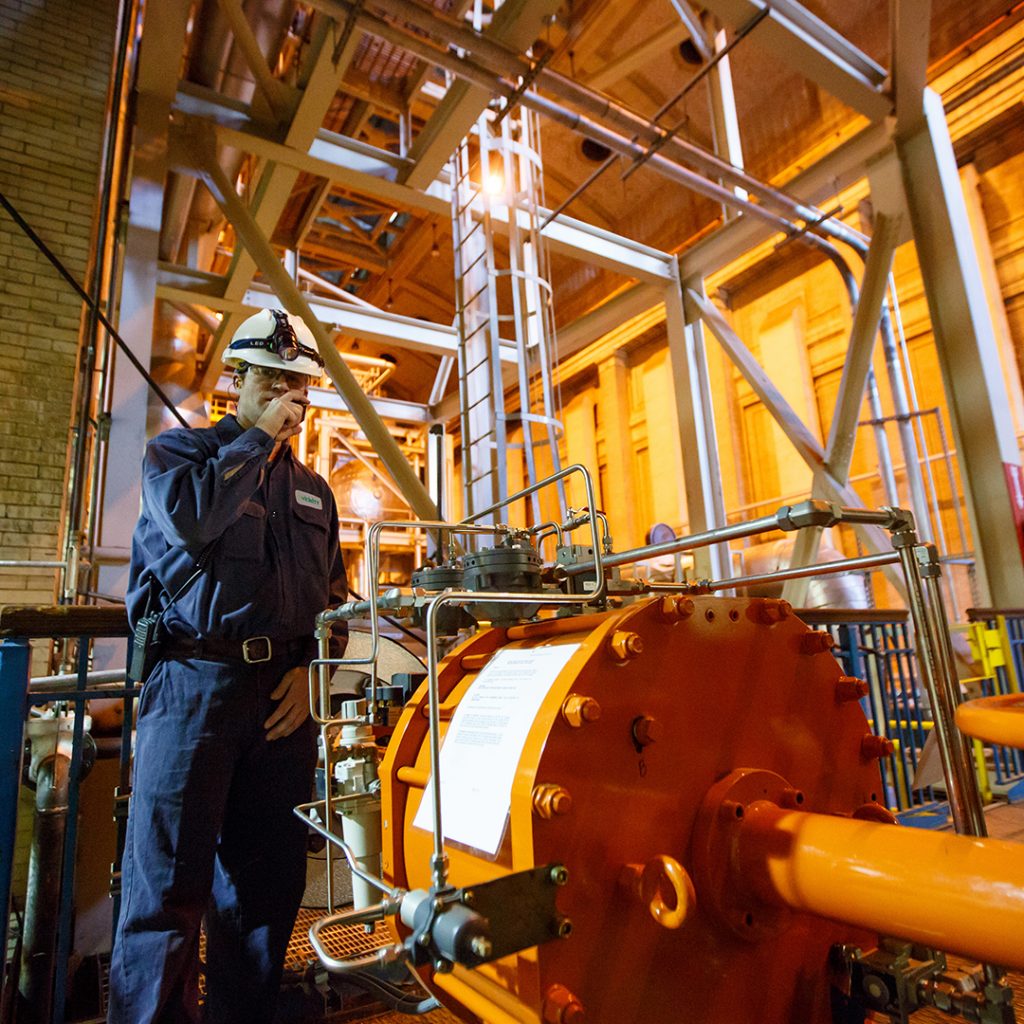 Vicinity Energy produces and distributes steam, hot water, and chilled water to over 230 million square feet (nearly eight square miles) of building space nationwide via a series of district energy systems in major U.S. cities, including Philadelphia, Boston, Cambridge, and Baltimore. Used in heating, cooling, and processes like sterilization and humidification, district energy eliminates the need for boiler and chiller plants in individual buildings. The energy is centrally produced and distributed to buildings nearby via underground pipes. This aggregation of energy production is much more energy efficient, while also cutting carbon emissions and increasing reliability.

Why did you become a founding member?

Because we share alignment in our mutual goal to #KeepPhillyGreen.

What does a circular economy mean to your company?

Vicinity aims to reduce, reuse and recycle waste in everything that we do. The concept of the circular economy is embedded in our operations and how we approach our business. By reintroducing wastes into the production of useful assets – such as repurposing waste cooking oil into renewable heating oil – we intend to convert wastes into resources, instead of disposing of them. This commitment to reduce waste is incorporated in our Clean Energy Future plan to reach net zero carbon emissions across all our operations by 2050. Learn more on our website.

How is your company practicing circularity?

Vicinity has partnered with a company to integrate LR100™, a unique biogenic fuel derived from waste vegetable oil and fats discarded by the food service industry, into its fuel mix to replace its back-up supply of conventional fuel oil use. The project, which has already begun in Philadelphia as of spring 2021, is creating a more sustainable environment for the community and offering a circular solution. The wastes discarded by Philadelphia’s local restaurants are now being used to heat and cool businesses and institutions in the same city. In other words, Philadelphians’ french fries are being turned into fuel that powers many of the city’s own businesses.

Rising global temperatures and growing landfills underscore the climate crisis currently facing society. In an effort to combat the climate crisis and create a more sustainable community in Philadelphia (and soon in many other major U.S. cities), the project reduces not just one, but two harmful pollutants: carbon emissions and waste grease that often clogs sewers in the form of “fatbergs.”

Fatbergs are giant masses of coagulated waste oil, fats, and other detritus that form in sewers and clog water systems, resulting in loss of service, plus major sanitation and potential environmental issues. By collecting grease that would normally pose a major problem for cities and putting it to use as fuel, the project reduces the environmental impact of the city’s food industry, saves restaurants money on disposal fees and, converts a former waste stream into a useful energy source.

The second pollutant tackled by the project is carbon emissions. LR100™, the biogenic fuel created from restaurant waste oil, is a carbon-neutral fuel, and thus greatly reduces the carbon footprint in the city of Philadelphia. Reducing greenhouse gas emissions is a critical step in combating climate change and preserving the planet for future generations. Not only does it create a healthier climate, but it also improves local air quality. As a result of their work, Vicinity is helping to create a better, healthier, more sustainable Philadelphia community.

This project will effectively cut Philadelphia’s carbon emissions by 12,200 tons (the equivalent of removing 2,650 cars from the city’s roads) annually. By reducing greenhouse gas emissions by over 80% as opposed to distillate fuel, the project dramatically improves local air quality through reductions in nitrogen oxides, sulfur oxides, and particulate emissions compared to traditional heavy fuel oils. It will also recycle 600,000 gallons of food service industry waste oil into energy—oil that would otherwise be discarded into landfills or city sewers.

How can others advance the circular economy?

By helping to shift people’s thinking from a linear into a circular approach, we can collectively drive our society away from a take-make-waste model into a circular economy of recycling, reusing and repurposing our earth’s finite resources.